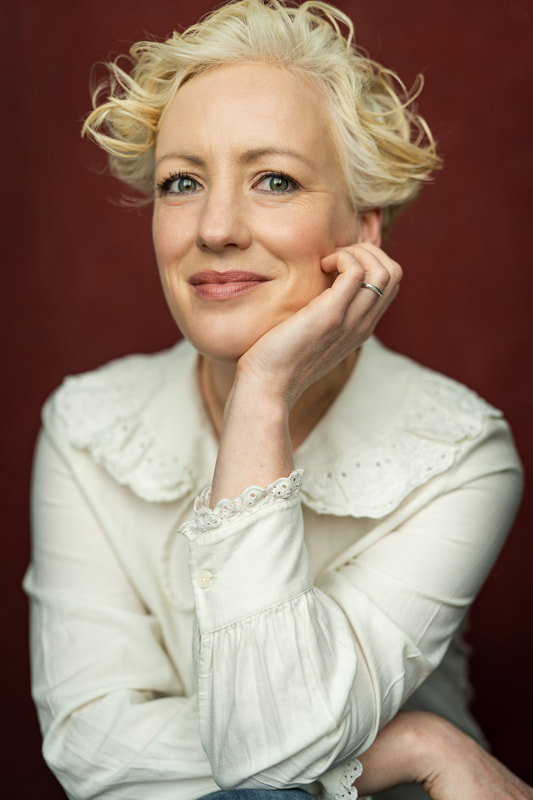 I was born in Nottingham in 1980, which means I’ve now been an adult for well over half my life. I’m suitably terrified! I think I like to write for young adults because I still feel like I am one.

I was a bit of a weird kid. Chronically shy, I spent a lot of time drawing and hiding under tables. Then for some strange and unexpected reason, I decided I wanted to be an actor. I eventually got over my shyness and aged nineteen, moved to London to study Performing Arts at Middlesex University. Here I met some of my very best mates and spent three bizarre but happy years singing show tunes and rolling around in fake blood, blagging a degree in the process. After graduation, I adopted the stage name of Lisa Cassidy (Lisa Williamson was already taken by Dawn from Hollyoaks…) and did all sorts of daft acting jobs, from appearing in panto with Basil Brush, to playing a Witch in Macbeth: The Musical. These days I act in lots of TV commericals, usually playing the role of 'dishevelled mum’.
​
I’ve always loved books and stories and as a child I enjoyed making up stories in my head (usually rip-offs of Roald Dahl and Enid Blyton). In my late twenties, I found myself craving an additional creative outlet and started to write a novel about an out of work actor. Although no one wanted to publish it, I was excited to discover I could actually write something with a beginning, middle and end. Completing it freed me up to write something new and not necessarily based on my own personal experience.

Between 2010 and 2012, I worked as an administrator at the Gender Identity Development Service (GIDS), based at the world-famous Tavistock Centre in North London. GIDS is the NHS highly specialised clinic for under-eighteens struggling with their gender identity. The young people who used the service inspired me to write a story from the point of view of a transgender teenager. This eventually became The Art of Being Normal.

Stuff I like:
​
Films: Stand By Me, Meet Me In St. Louis, Before Sunrise, Paper Moon, The Philadephia Story, Brief Encounter, Groundhog Day, The Thomas Crown Affair, Bridget Jones's Diary

A few things I'm not so keen on: sunbathing (too pale), root beer, pushy people, excessive negativity, sewing, maths, cream of wheat, cats (allergic), the night bus, grocery shopping, writer’s block, being ill, reading instructions, asking for directions, looking after plants, bad pillows
​
Miscellaneous: I’m not at all ticklish, I have a heart murmur, I don’t have a middle name, I can balance things (namely rich tea biscuits and pound coins) on the end of my nose, I get told I look like famous people a lot, I played the mum in the 2014 John Lewis Christmas advert (Monty the Penguin), I don’t like hot drinks, I played the oboe at school and was so rubbish I had to mime the notes when I played in the orchestra, I can’t roll my Rs, I sound a lot posher than I really am (lost my Nottingham accent at uni), I get angry about once a year, I’m very fast at walking, eating, reading and using cash machines, I’ve never smoked a cigarette, I’m rarely ill and get horribly grumpy when I am, I sleep like a corpse, I have TERRIBLE taste in music (think a cheesy wedding disco)