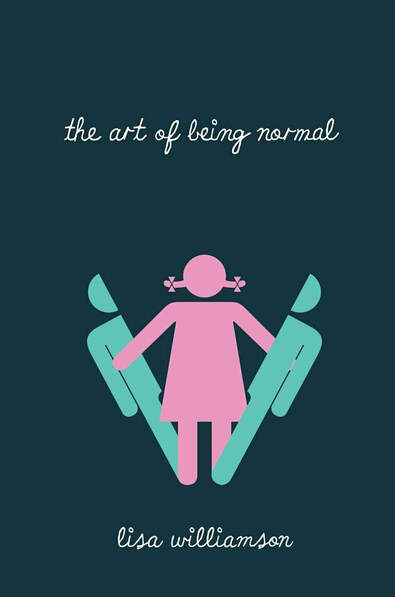 THE ART OF BEING NORMAL

Two outsiders. Two secrets.
David Piper has always been an outsider. His parents think he’s gay. The school bully thinks he’s a freak. Only his two best friends know the real truth - David wants to be a girl.
On the first day at his new school Leo Denton has one goal - to be invisible. Attracting the attention of the most beautiful girl in Year 11 is definitely not part of that plan. When Leo stands up for David in a fight, an unlikely friendship forms. But things are about to get messy. Because at Eden Park School secrets have a funny habit of not staying secret for long…

“Impressive and affecting.” - The Guardian

“Passionate and gripping…a powerful tale of a transgender teenager’s struggle with identity.” - The Telegraph
“Wow.” - Fiona Noble, The Bookseller

“The Art of Being Normal is the best YA novel I’ve read this year. David and Leo are unforgettable characters whose story will break your heart – and then mend it again. A truly remarkable debut; I can’t recommend it highly enough. Everyone – and I mean EVERYONE – should read this incredible book.” - Cat Clarke